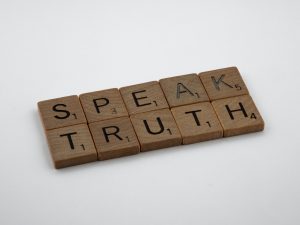 We have been telling lies since the dawn of human communication. We’ve also tried to separate the truth from the lies, which became increasingly more important when cultures developed legal systems. Law enforcement and other crime-solving agencies recognize that human capacity for determining sincerity is limited, but we do have the ability to develop technology that can detect signals that are beyond our purview. The polygraph was the first truth-checking device, demonstrating that we could use technology to detect deception—but how does it hold up today?

Despite its limitations, the lie detector test established a new standard for the use of truth-verification equipment in police interviews, paving the door for future advancements. The polygraph community has a strong lobby and a large number of committed users. Many experts who have been trained to use this technology are hesitant to update their skills or invest in newer equipment, although thirty of the most authoritative polygraph studies demonstrate that this truth-verification instrument is not as accurate as they would like to assume. The accuracy of the polygraph has been measured in several studies, with various estimates from 70 to 90 percent correct. As per a 2003 National Research Council assessment by the Panel to Review the Scientific Evidence on the Polygraph, just 29% of 194 “scientific research” presented as proof by polygraph enthusiasts passed the minimum standards of scientific sufficiency.

Polygraph testimony has been accepted in court, and nineteen states allow polygraph testimony based on state-specific requirements. In both the public and private sectors, this technology has been employed for pre-employment screening. The polygraph can be used to induce confessions following examinations if subjects believe deceit has been discovered, which is one of its main advantages. People who are subjected to polygraph testing can now find knowledge about the test that was previously unavailable and, in some cases, barred from official disclosure, thanks to the Internet. These people have begun to turn the tables on the polygraph by recognizing its numerous flaws, which are described on websites.