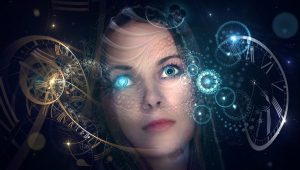 In the vastness of virtual space, players of the computer game “EVE Online” have already given the hard natural science of the real world a helping hand. Recently, the team behind the successful role-playing game, in collaboration with scientists, found a surprising way to advance research into Covid-19 through gaming.

In June 2020, the game developers from the Icelandic company CCP, a science educator, a medical geneticist, a professor of computer science and a Youtuber gathered in a live stream. They presented the third edition of “Project Discovery”, a mini-game, a game within a game, to the community of players in the space adventure game “EVE Online”. In it, gamers can solve small puzzles that provide research teams with important data about the coronavirus.

“EVE Online” is the dream of many science fiction fans that has become a game: To fly through asteroid belts in your own spaceship and search for raw materials, scout out wormholes, engage in interstellar trade and of course fight in large space battles. For 17 years now, it has been considered one of the most complex games ever, with an enormously steep learning curve, its own economy and even player-operated stock exchanges.

Online role-playing game players have already made their contribution to science in the past. In recent years they have supported researchers in creating the Human Protein Atlas and in the search for exoplanets – and now in the fight against the corona virus. In “Project Discovery”, EVE pilots can virtually play in the cockpit of their spaceship when things get boring in the game, for example during asteroid dismantling or long interstellar space jumps.

watch the video why “EVE Online” is one of the biggest multiplayer role-playing games out there with 300,000 monthly players

This time they see microscopic images of blood cells from Italian Covid patients. To do this, the blood cells are marked with certain fluorescent proteins. The cell type can be recognized by how strongly the cells glow. These then appear in the recordings as groups of points on a screen.

Trying to find a Game Booster?

To do this, the gamers, as “citizen researchers”, now have to draw lines around the various collections of points. By drawing clear boundaries between the clusters, they help the scientists to make the next discovery: They want to know which cell types are in which concentration in the blood in different phases of a Covid infection. Examples are T cells, red blood cells or killer cells.

It is astonishing that in times when people everywhere and especially in medicine are talking about artificial intelligence, no computer algorithm can do such a supposedly easy task. Although some programs have been developed for this task, they do not work very well. However, according to Brinkman, “humans are naturally extremely gifted at taking in visual data and recognizing patterns”

Posted on May 1, 2022May 2, 2022 by Braylon RoseannComments Off on The Positive Impact of Technology in Education